Press enter to begin your search

Alan Schultz is the Head of Project Procurement, North America at Bayer where he is responsible for managing procurement activities related to capital investment in the region. Prior to the acquisition of Monsanto by Bayer, he held various roles related to facilities management, capital investment, and procurement within Monsanto since 2005. Before Monsanto, he worked at Washington Group International (now AECOM) for eight years in a project engineering capacity and spent seven years as a senior associate with a Cleveland area architectural firm.

He graduated with his Bachelor of Architecture degree from University of Kansas and earned an M.B.A. from the Weatherhead School at Case Western Reserve University. Alan is a licensed architect. He has served as past lead of the Monsanto Access Diversity Network, promoting disability awareness in the workplace. As part of the network, Alan had the opportunity to lead Monsanto’s partnership with the Missouri AgrAbility Project, a USDA program cultivating success in agriculture, employment and rural life for people with disabilities and their families.

Alan lives in Wildwood and has two daughters.

Erin Brooks is a partner at Bryan Cave Leighton Paisner LLP specializing in environmental law with a focus in redevelopment and sustainable land use.  She counsels companies in a number of industries, including real estate developers, agribusiness, food and beverage, renewable energy, finance and manufacturing.  Erin earned a J.D. from Saint Louis University School of Law and B.A. from Truman State University.

Erin lives in the Central West End with her husband, Josh Udelhofen, and enjoys long walks in Forest Park, hiking and skiing.

Julie Hoff is a Director of Human Resources at Core & Main where she has responsibility for strategic partnerships and support in the areas of talent and succession planning, process improvements, mergers and acquisitions, and associate engagement and retention. She joined Core & Main earlier this year. Prior to that, she worked at Express Scripts for 14 years in a variety of human resources and business roles.

She graduated with an M.B.A. from University of Missouri, St. Louis and earned a B.A. from Southern Illinois University Edwardsville.

Lisa lives in Edwardsville, Illinois, with her husband, Kurt, and two English Bulldogs, Mae and Junebug.

Dr. Kelvin Adams serves as Superintendent of Schools for the St. Louis Public School District. He oversees one of the largest districts in the state of Missouri with more than 22,000 students in grades Pre-K – 12 and is responsible for the day-to-day operations of the district’s 4,120 employees and $400 million budget. Under Dr. Adams’ guidance, the St. Louis Public School District has returned from an unaccredited district to a status of full accreditation.

Laura attended the University of Missouri-Columbia and graduated with a B.A. in Journalism (magazine) and a B.A. in Russian Area Studies. Her career also includes 14 years of public service in the City of Creve Coeur, Missouri. She served as a Planning & Zoning Commissioner for four years, then was elected to City Council, eventually serving five two-year terms before being termed-out. In 2006, the Creve Coeur-Olivette Chamber of Commerce awarded Bryant its “Legislator of the Year” Award in recognition of her efforts to champion the rights of residential and commercial property owners against Eminent Domain abuse.

Nik Brym is the Director of Finance at GardaWorld Security Service. At GardaWorld, Nik leads several teams of individuals responsible for the accounting and finance functions throughout North America.

Before joining the Board of Directors in 2019, Nik spent seven years serving on the young professionals’ board for Operation Food Search, with his last four years serving as president.

Nik is a proud business graduate of the University of Missouri – St Louis, holding a bachelor’s degree in Accounting. He continues to mentor students from UMSL and is of service to the University at different levels. In addition to serving with Operation Food Search, Nik also serves as a board member for Strange Cares, a nonprofit geared towards helping underprivileged kids by offering scholarships in hopes of helping them realize their dreams and potential.

Nik and his wife, Gina, are the proud parents of two children. Nik currently serves on the board at his children’s school and also coaches both of his children’s sports teams.

Ryan Cuba is the Chief Business Development & Transformation Officer for Schnuck Markets, Inc., where he leads the planning and implementation of strategic initiatives across the organization, as well as expansion efforts. He also oversees pharmacy, operations support, total inventory loss, e-commerce and procurement of goods not for resale. He is a member of the Strategy Team, comprised of the company’s most senior executives.

Ryan joined Schnuck Markets, Inc. in 2006 as the Director of Financial Planning & Budgeting before being promoted to Vice President of Store Operations in 2009. He was named Chief Store Merchant in 2015, where he oversaw all stores across the company’s footprint. He was promoted to his current role in 2018 and has since led the integration of 19 acquired Shop ‘n Save stores.

Ryan began his career at GE Capital as a Financial Analyst before moving to May Department Stores, where he spent 12 years in a variety of leadership roles. Prior to joining Schnucks, he was the May Company’s Vice President of Capital Planning & Analysis.

Ryan holds a Bachelor of Science in Business Administration and Finance from the University of Missouri – Columbia and an MBA with an emphasis in Finance from St. Louis University.

He serves on the Board of Directors for Operation Food Search and supports Junior Achievement and the United Way.

Ryan and his wife, Cindy, are the proud parents of three children.

Lisa Pelikan is a Principal at Edward Jones, where she is responsible for training financial advisors on the firm’s advisory programs. She has been with Edward Jones since 2007. Prior to that, she worked at A.G. Edwards for 18 years in a similar capacity.

Skip Spielberg spent his career in the ladies’ handbag business, beginning with Spielberg Manufacturing Company. From 1999 until his retirement in 2020, he was with Bueno of California, a ladies’ handbag and small leather goods distributor. He most recently served as Executive Vice President of Marketing.

Skip was born and raised in University City, Missouri, and he attended the University of Oklahoma. He currently resides in Creve Coeur with his wife, Elaine. They have two grown sons and five grandsons.

Steve Spratt is the Vice President of Marketing Operations at Ascension. In this role, he is responsible for operations, human resources and finance for the function as well as media buying, brand implementation and the Ascension Charity Classic. Steve earned a B.A. in Accounting from Buena Vista University and an M.B.A. from the University of Missouri – Kansas City.

Steve currently serves on the Board of Norwood Hills Country Club. Previous board experience includes the First Tee of Greater St. Louis and the Board of Education for the Ladue School District. Steve lives in Creve Coeur and is the married father of two children.

Jessica Stephan is Logistics Manager for Bunge, a global leader in agribusiness, food ingredients, fuel and fertilizer. She leads a team of individuals who manage bulk barge and vessel logistics for the company’s North American agribusiness division. Since joining the company in 2008, Jessica held several merchandising and trading positions prior to switching career paths to supply chain and logistics.

Jessica graduated from Illinois State University with a B.S. in Agriculture Education and an M.S. in Agribusiness. She developed a passion for agriculture from growing up on a small farm in South Central Illinois. This experience led her to organizations like 4-H and Future Farmers of America, where she enjoyed serving members and the community in various leadership roles through college and into her professional career. Currently, Jessica is the President of Bunge’s FFA Alumni and Supporters Chapter, co-lead of the Women of Bunge Employee Resource Group and serves on industry committees with National Grain and Feed Association and North American Export Grain Association. Additionally, she volunteers locally with Junior Achievement and Ronald McDonald House.

Jessica lives in St. Louis County near Creve Coeur Lake with her husband, Patrick, daughter, Dylan, and turtle, Jonas. She enjoys the outdoors, traveling and snow skiing with family and friends.

As president of Christian Hospital, Rick Stevens is responsible for strategic leadership and positioning Christian Hospital as a provider of quality critical health care services in north St. Louis County. Prior to joining BJC in 2016, Rick was with Sutter California Pacific Medical Center St. Luke’s Hospital in San Francisco, where he served for four years as chief administrative officer and vice president.

Rick holds a master’s degree in public health from Meharry Medical College and a bachelor’s degree from Tennessee State University. He is a Fellow of the American College of Healthcare Executives and is board certified in healthcare management. He serves on the boards of North County, Inc., St. Louis Integrated Health Network, Greater St. Louis Area Council Boy Scouts of America, KIPP St. Louis, UMSL’s Chancellor’s Council and Logan University. He is also a member of the Florissant Valley Kiwanis.

Operation Food Search is certified and accredited for its accountability, transparency and adherence to strong and comprehensive industry standards.

All taxpayers may take a charitable deduction of up to $300 per individual in 2020, even if you do not itemize on your return.

Individuals age 70½ and older may transfer up to $100,000 annually from their IRA accounts directly to OFS without recognizing the distribution as income on their tax returns. Contact our Director of Development, Ellen Reed-Fox.

NOTE: Required Minimum Distributions have been temporarily suspended for the 2020 tax year.

Are you employed by the U.S. Federal Government?

If so, you can designate Operation Food Search (CODE 98440) as your charity to support through the Combined Federal Campaign. Contact Katie Schneider, Development & Volunteer Manager.

Donate on a recurring basis by designating a checking account or a credit card for your contributions. When you donate monthly, you join a very special community of OFS supporters who ensure consistent access to the funds needed to heal hunger.

Honor a loved one or recognize someone special while helping solve the problem of hunger in a directly impactful way. Make your gift online or by mail, and the individual or family you are honoring will receive a personalized notecard from OFS notifying them of your memorial or tribute gift (but not the amount). All gifts of $50 or more will be posted quarterly on our Memorials and Tributes web page.

Create a legacy through your estate plans that helps OFS heal hunger for generations to come.

When you invest in our endowment, you are investing in the region and its people. The long-term impact of your gift ensures it will go beyond providing immediate hunger relief to strengthen the community itself.

Many employers match gifts and volunteer hours made by employees. Find out if your company has a matching gift program at our link below. 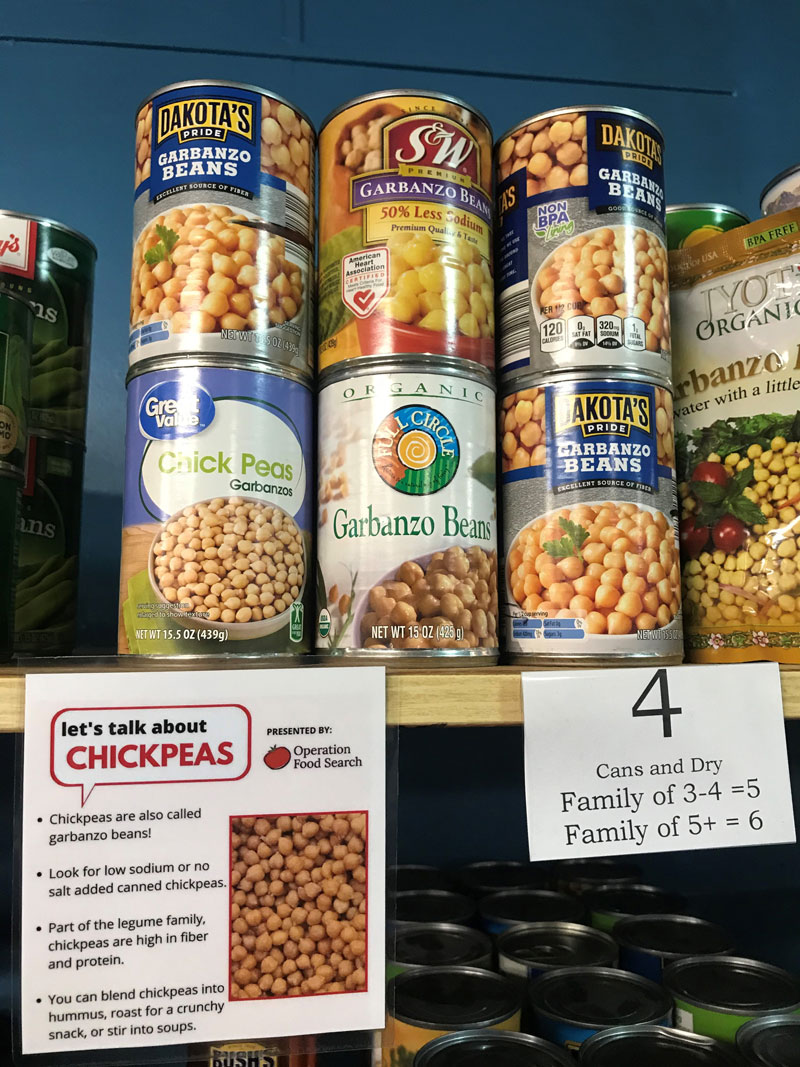 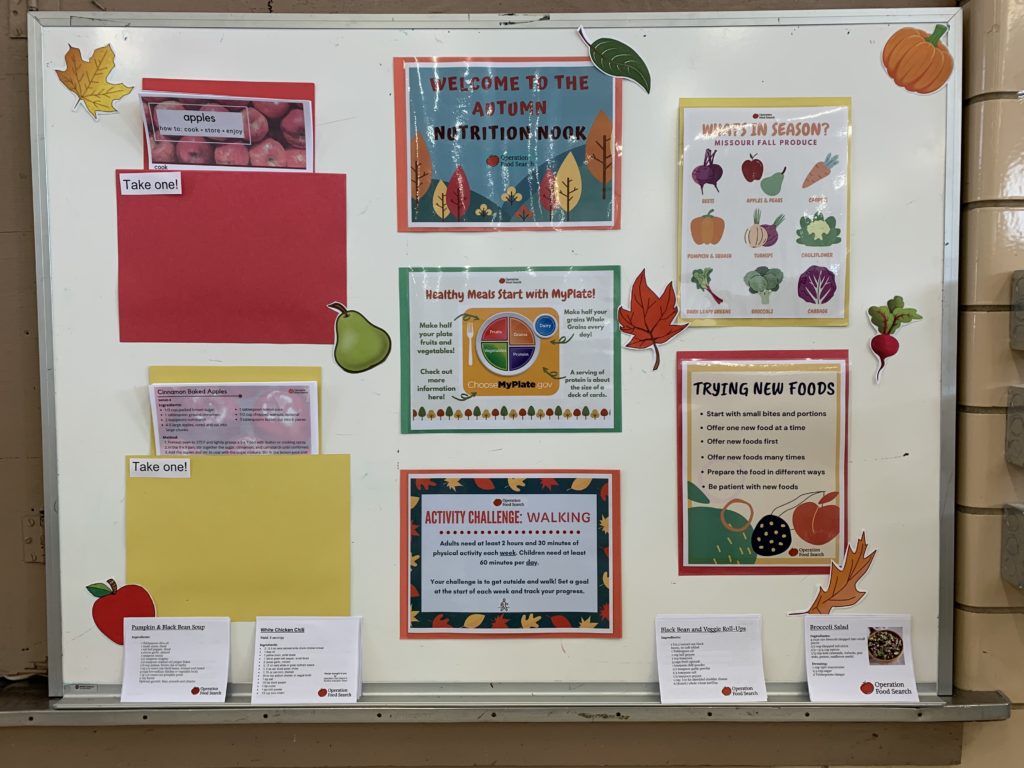